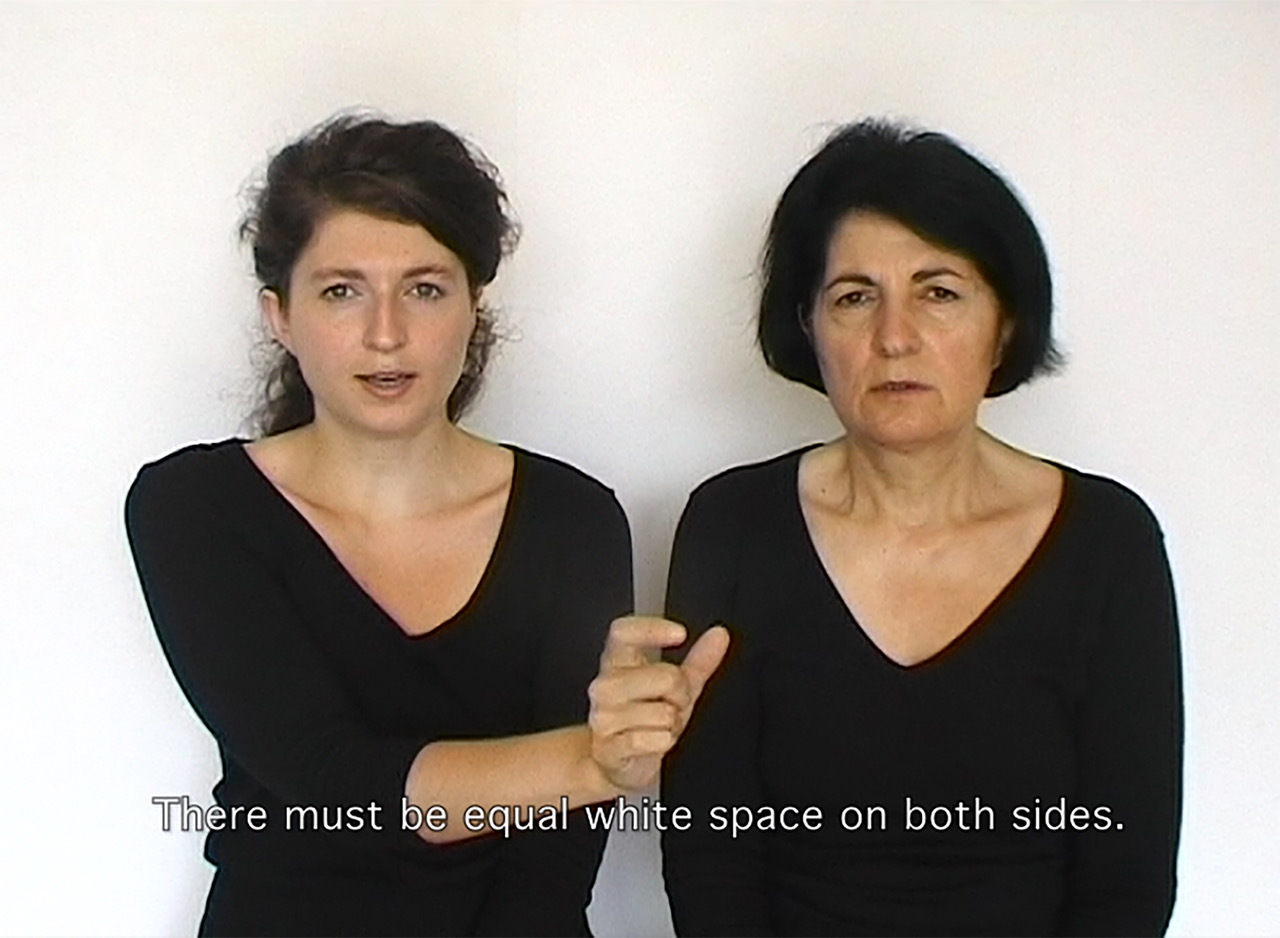 ‘M.A.M. (My Assyrian Mother)’ is a double portrait of mother and daughter. The short film starts as a silent portrayal of two similarly dressed woman, obviously related, and differenced in age. Suddenly a discussion develops about the framing and the positioning in the setting. The camera continues filming, while the artist realises that not the departing idea is important (a silent double portrait), but what arises from this new conversation.

This performance is central to how we understand facets of identity such as gender, race, and ethnicity. People alter their bodies, hair, and clothing to align with or rebel against social conventions and to express messages to others around them. Here gender and nationality is explored through representations of the body in the creative process. This film is depicting an universal parent-child relationship, in this case a mother-daughter conversation, in a playful almost comic way, which is understood internationally.